Your cart is empty

Home Magazine Monday Motivation: How she does it - Lexi Miles

Jennifer Braun is a freelance fashion writer and editor from Montreal. She’s currently completing her MA in Fashion Studies in Toronto.

When she isn’t writing about fabulous things like her city and Canada’s fashion scene, she’s watching Sex and the City reruns and planning her next big story.

Monday Motivation: How she does it - Faye Mamarbachi

5 Steps to plan your next table setting... and 3 more after that!

The 5 lipsticks you should have

04/12/2017 Tanja Vaillancourt
Continue Reading Tanja is crazy about lists! 5 lipsticks or glosses you need to have in your purse Lipstick is super important in my life. I don’t leave the house without it. I even have to wear lipstick when I try on

Monday Motivation: How she does it - Lexi Miles

Women across Canada are kicking butt in the workforce, all while maintaining their cool and doing the things in life they enjoy. “Motivation Monday: How she does it” is a news series where we profile notable women working in various fields to find out how they juggle work-life, balance. For this installment, we chatted with Lexi Miles - Founder and CEO of WAXON Waxbar. Lexi founded WAXON Waxbar in 2012. Today, the 31-year-old operates seven locations across Canada with more openings planned for this year.

You’re about to celebrate five years of business, can you tell me a bit about how you started?

I was actually a managing consultant prior to starting WAXON. I travelled so much at the time and I was the classic example of a person who would go into cheap mani/pedi places for a wax because it was convenient, it was cheap and I didn’t have a lot of time. I would accept the fact that the service wasn’t very good at all and I had to stand behind a shower curtain, because the alternative was an expensive spa and I didn’t want to pay a lot for a wax. I was spending a lot of time in the U.S. and I saw Waxbar concepts popping up there, and I thought why don’t we have this in Canada. I thought there was a great opportunity in the market to offer this. So that was the vision and I always opened intending to one day open multiple locations. Now there’s five corporate owned locations that I own myself and we have two franchises. We’re opening other locations this year, and we have about 60 women who work at WAXON, so it’s pretty cool!

A lot of people think of launching a business, but they don’t actually do it! Did you always want to be a business owner?

Both of my parents are entrepreneurs. My mom had her own business. She was a stay-at-home mom and then opened her business when I was in high school, so that was really awesome to be able to see her build that business. And then my dad was also an entrepreneur my whole life, so I grew up with it around me. I didn’t always say that I would own my own business, but I was always very independent and competitive. So, I guess you can say it’s in my blood (laughs).

Can you describe what you do in your position as CEO of WAXON?

Right now, I’m fortunate that I have an amazing team and we’ve built a great team that runs daily operations, so I always know every day what’s going on, but my primary role right now is working on the expansion. So that’s focusing on our franchising right now and product development, and also just improving our on-going operations, and staying on top of trends.

So what does a typical day look like for you starting from the moment you wake up?

I’m an early riser. I get up usually at 5:45 or 6 am. I have the same thing for breakfast everyday and I always just like to follow routine. I’m very professionally driven so as long as I have a routine, I get things done. I also workout everyday, that’s like my therapy! So it depends on the day, I strictly reserve Tuesdays and Thursdays for meetings. On Sundays, I’ll confirm our objectives and write down what I have to get done in the week, and make my schedule according to that. I’m a big list person so I have a list everyday and as long as I get the majority of things checked off, I feel like I have had a successful day (laughs). We also have a morning huddle call that I’ll often take while I walk my dog just to get out in the morning because I work from home a lot.

Can you think of any challenges you've faced as a business owner either professional or personal?

When you’re starting out and building a business you’re running into challenges all the time and just figuring out what works, and what doesn’t work. And that’s definitely something I’ve run into on-going, but eventually we’ve gotten it right, which is a great thing! Also, as a woman, I’ve definitely walked into meetings and have been stereotyped especially because I own a chain of Waxbars. People would typically expect that I don’t know a lot about the business and that I’m an esthetician, which I’m not. I know a lot about it and I’m grateful for our staff because they do an awesome job in that industry, but I have a background in business. Something that I’ve always been told in business, especially as women is as long as you know your numbers and for lack of a better word ‘know your shit’, and you’re confident, then you can break down any of those barriers and stereotypes.

Right, so being confident and stepping it up is really how you overcame that challenge?

Do you have any tricks that have helped you juggle work-life, balance?

I still have so many tricks that I probably need to learn, but definitely finding an outlet, which for me is working out, and also not fighting your unproductive time. Don’t be afraid to stand up and walk away from your work, and just get out of your own head and then come back to it. 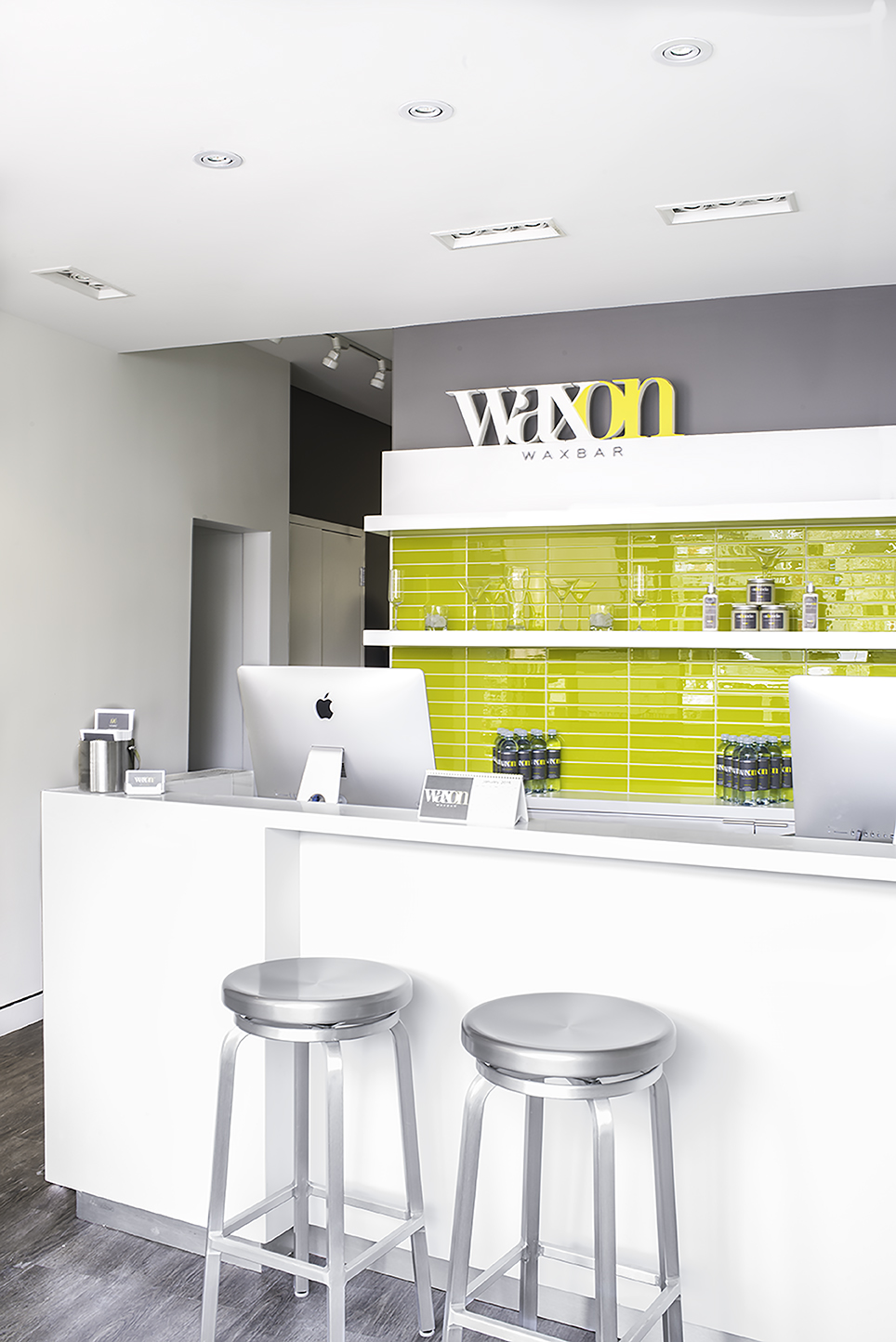 You talked about going to the gym, are there any other ways that you like to unwind?

I definitely have guilty pleasures like mindless TV (laughs). Throw on any Desperate Housewives or Bachelor and I’ll be completely engrossed in it. I also love going out for dinner and traveling too. I get a little crazy if I can’t travel and get away every couple of months.

Choose one: wine or cocktails? Why?

Oh it totally depends, but I do love a good drink (laughs). So if it's like a cold evening and I’m more thirsty, I’ll go for a Guinness. I love a dark beer in a cosy pub or bar. And for cocktails, I love a good tequila cocktail. So those would be my two go-tos. But of course, a glass of red wine is also always great too (laughs).

And what is the best advice you have ever received?

I would say it’s to surround yourself with a team who is smarter than you and also who make up for your weaknesses. So you want to understand your weaknesses and build a team that fills the gaps. Also, you want a killer culture that will support that team. Especially in the aesthetic industry, there’s such a stereotype that I learned about coming into it where people are going from job to job, and there’s cattiness, and I was really adamant that that would not be WAXON. In my mind, culture is everything. If you don’t have a strong culture you don’t have a strong industry.

How would you define success?

Success for me personally would be to for us to be a national brand and be incredibly well-known across the country and hopefully eventually in the U.S. And then with that comes having a team that really loves where they work. I don’t think I would be happy or would have success if those two things weren’t hand in hand.

Is there anything else that you’re working on that you want to mention?

Well I have become a board member for Parker P. Consulting which supports White Ribbon, an organization that aims to stop violence against women through the education of boys and men. So the ability to spend more time on things that are women centric is very important to me.

Do you know someone we should feature in this segment? Send an email to [email protected]